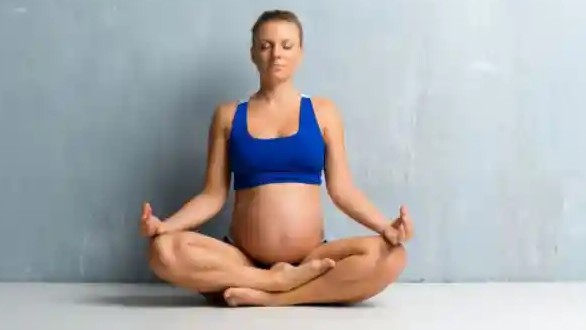 Do Not Take Lightly

According to doctors, many women take the first three months of pregnancy ie the first trimester very lightly, while this time is the most important. During this time, the fetus starts developing in the womb. Your body goes through many physical and hormonal changes.

These months are also the most challenging, because the changes in this period are completely new for you.  Changes also occur in the food test and skin. Mentally irritable is also natural. At this time, the husband should be especially patient and support the wife.  During these months, the risk of abortion is highest.

Take care of them most

Doctors say that in the initial months of pregnancy, one should avoid going to the place with more congestion, pollution and radiation. Avoid traveling on bumpy routes. Lemon-water or ginger tea can be drunk to avoid morning sickness.

Drink liquid things like buttermilk, lemon-water, coconut water, fruit juice or shake four or five times a day. There will be no shortage of water in the body. In these three months the baby’s organs begin to form. In such a situation, it is important to pay attention to the quality of food.

There should be no shortage of water in the body, because a lot of blood is needed at the time of delivery. The child also remains in the fluid.  Keep eating something in regular quantity every 2 to 3 hours. For the correct development of the baby, you should also increase your weight from half to 2 kg in the first three months.

Omega should be in the diet

Increase the intake of omega-3 fatty acids in your diet for the development of the child’s brain, nervous system and eyes.  Omega-3 and omega-6 are very important for the development of the child’s brain.  It is found in good quantity in fish liver oil, dry fruits, green leafy vegetables and mustard oil. Start eating iron and folic acid pills as well. It does not cause lack of blood in the body.

Avoid them in the first 3 months

Many times women also start taking some medicines without consulting the doctor. But there is a possibility of entering the blood of the child through the umbilical cord of the medicine. So do not eat any medicine in the first three months without doctor’s advice.

During this time, also guard against the consumption of raw meat, raw eggs and cheese, because the harmful bacteria in them can harm your baby’s health.

Pollution problem is very serious in big cities.There is also the possibility of miscarriage due to harmful particles spread in the air.

Do not consume alcohol and cigarettes.  Stay away from those who smoke cigarettes. Alcohol can enter the bloodstream of the baby through the umbilical cord and cause many obstacles in its physical and mental development.

Do not diet during pregnancy. This causes deficiency of iron, folic acid, vitamins, many types of minerals and nutrients in the body.

Also, do not use hot tubs and sauna baths during this time, as it can increase your body temperature suddenly. This can cause lack of water in the body, which can prove fatal for the child.

As soon as the pregnancy is confirmed, first of all, go to a good singer and get advice and get registered. According to health and medical history, doctors can advise you to do some tests.

You must have hemoglobin, calcium, blood sugar, urine and HIV test. These tests are conducted every three months

If there is no complication of any kind, the doctor usually performs an ultrasound test three times to detect the growth of the child. Ultrasound test to know the baby’s heart rate in the second month, to see the baby’s development in the fourth month and to make a delivery plan by looking at the baby’s position in the last month.

During pregnancy, tests are also done for epilepsy, hypothyroid and thalassemia.  If there are signs of thalassemia in any of the parents, the probability of the child suffering from it increases by 25 percent.  If the child is found to be infected during the examination, it is better to get abortion done by consulting a doctor.

Monthly checkup is sufficient in the first three months. Checks are also done in 15 days if there are any problems.  Once the child is 28 weeks, a checkup is required once in two weeks.

Take special care of these things

Knee bend instead of bending from waist